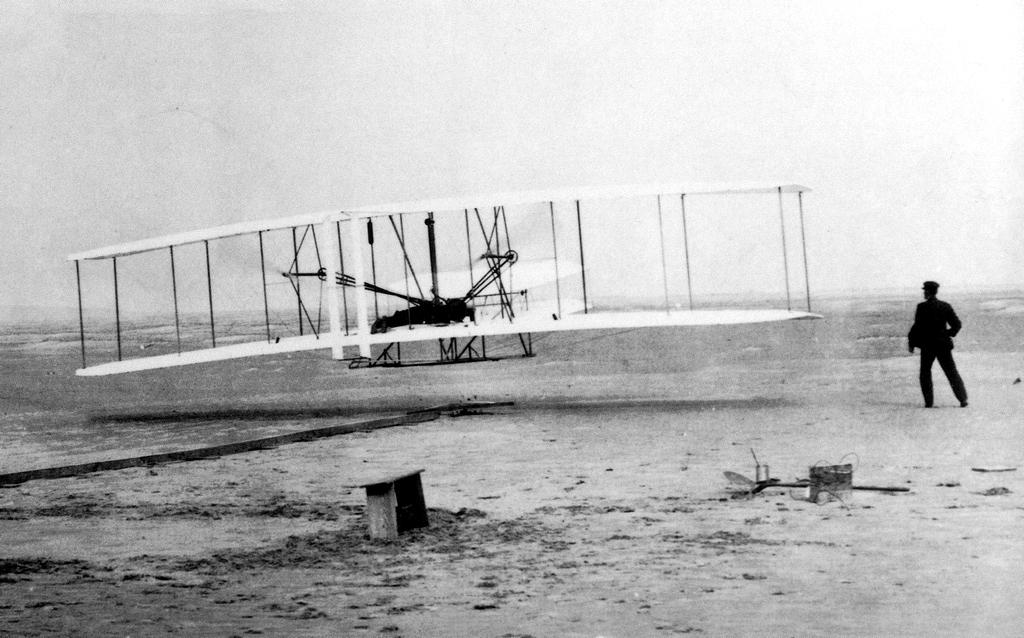 110 years after the first powered flight, I revisited Kitty Hawk with my college roommate John Mitchell and our wives. In the 31 years since my last visit, the surrounding area had become much more urbanized, but the park itself still tasted like that modest test facility that the Wright brothers had put together in the dunes.

However, 31 years of engineering experience, often related to engineering failures in all its phantasmagorical perturbations, left me with an entirely different appreciation of the Wright brothers.

In 1982 I thought the site was interesting, but, today, I simply cannot think of a more spectacular engineering program than the Wright brothers put together in four years of hobbyist pursuit.

Only when one puts the pieces together, step by step, does that become apparent:

It is simply a stupendously awesome engineering feat. These men were not college trained engineers, but they were very smart, self funded, never confused, an excellent team and living proof that great engineering is not related to college degrees, but rather to a cold eyed iron will to succeed at difficult problems.

There are other claims for first powered flight, but the evidence is incredibly thin, not because others might have actually flown before the Wrights, but rather because none of those claimants can even show a tenth of the engineering that the Wrights did in just four years.

Meanwhile, weird mindbenders often occur in events such as these:

Next, the photo we know so well was taken by John T. Daniels, one of the lifeboat station men, who came out to help the Wright brothers. He had never taken a photo before, but he was given the shutter bulb and told to squeeze it if the plane flew. When the plane flew he was so surprised that he simply did not remember if he squeezed the bulb. He did though, and he captured one of man’s most iconic images. He claimed he never took photos again, which, with a batting average like that, makes him the world’s most successful photographer.

Here I tried to recreate a bit of that image with my college roommate John Mitchell posing as Wilbur. 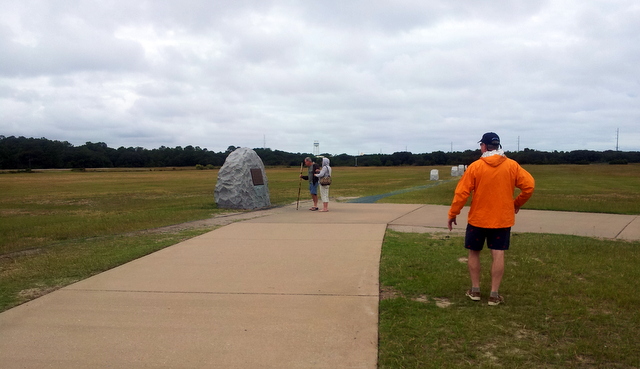 110 years ago, in that spot, stood one of the greatest engineers who ever lived. (John is “just” an eye surgeon, and I am obviously not a successful photographer.)

After a number of successful flights there was a gust of wind that lifted the flyer and damaged it severely thereby ending the season’s test program. John Daniels had tried to hold the plane down, but, instead, was carried into the air with it, which also provided him with a valid claim to being the third person to fly on a real airplane and the first to crash on a real airplane.

Next the Wrights went to the telegraph station in Kitty Hawk and there a telegraph operator named Joseph Dosher tapped out the message to Dayton that informed the Wright family that the brothers had flown.

Joseph Dosher had a one year old daughter named Gertrude Dosher who later married a marine engineer named William T. Ottaway who, together with his son Harry, in 1961 bought an engineering firm that is now called Martin & Ottaway.