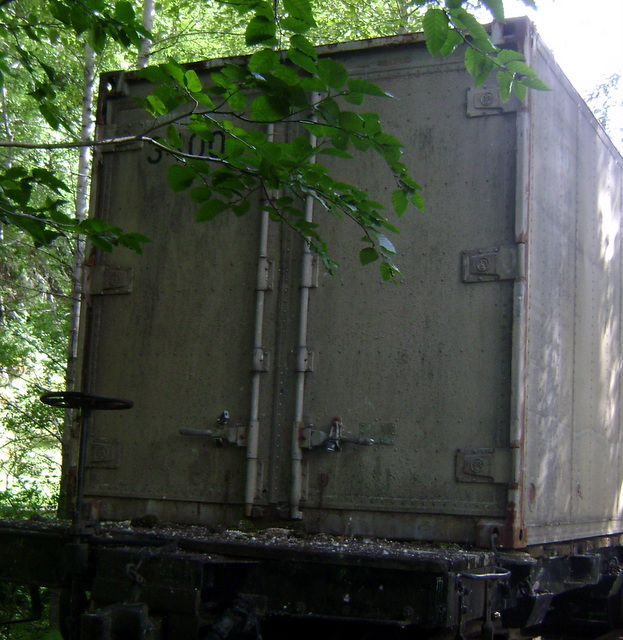 The present US West Coast container logjam is a system instability that will be studied for many years to come.

At this stage there is no single cause for the logjam and the various analyses of the problem tend to result in across the chest finger pointing up or down the chain.

Interestingly the problem is not a chain problem, but rather a cycle problem. Containerization is a cycle, not unlike the photosynthesis (Calvin) cycle, or the water cycle. A container is loaded with cargo, transported to a port, lifted on a ship, carried across an ocean to a discharge port, lifted ashore and delivered to a warehouse on a chassis (and occasionally carried on a rail car and then loaded on a chassis) for unpacking and possible further distribution. The empty container is returned to the port on a chassis, lifted off the chassis (for the chassis to receive a new loaded container) and then shipped back empty to a manufacturing country.

Not all containers return empty on the backhaul, but in the US a large portion of containers are returned to China as empties.

Therefore, regardless of actual cargo weight, the packaging volume is continuously shipped around the world and when the packaging, the container (loaded or not), stops moving, somewhere, a backlog builds up.

At this stage it appears there is actually a backlog of empty chassis because the empties are occupying the available chassis and when a port terminal is overfilled, the terminal will not accept an empty on a chassis because they can’t put it anywhere. They just want the chassis to move a loaded container out of their terminal, and not until the terminal logjam is broken will they start to accept empties. Meanwhile, the trucker does not have any empty chassis available to pick up a loaded container at the terminal since all the chassis have empty containers on them.

This shows that the actual act of untangling is simple: Drop the empties in a field somewhere for the time being, and deliver only empty chassis to the ports.

That will not get rid of the instability in the system, since at some stage it will develop a shortage of empties in China (where they will build even more new containers), but it will the break the logjam and that is job one.

Again, the solution exists, but here is an excellent example where a free market can be a very poor mechanism to solve a problem. Weirdly a personality like General George Patton or Stalin, or General U.S. Grant can solve the problem. A General like Patton would force the busted tanks off the road and drive on. Here we need a similar attitude. A czar or admiral or other capable leader simply needs to issue a simple order (with funds to achieve it): Locate fields, position a crane to offload empty containers at each field, get an internet connection at the field to track the containers and start freeing up chassis to untangle terminals.

Not until such actions are taken will the problem resolve itself and right now there are no free market players in the system who can pull this off unless the port authorities (pseudo freemarket or government players) step up with space, guts and money.

LA/Long Beach has an additional problem since those terminals actually exist in a very awkward location, where access to empty fields (and efficient rail service) is blocked by the urban and notoriously congested road network in the LA basin. No Space; regardless of guts, no glory.

A looming logjam like this occurred in Port Newark/Elizabeth a number of years ago and at that time I noticed ever increasing stacks of empties in vacant lots, but there were no logjams.

I remember it took quite a while for these stacks to decrease in size. Right about that time there were companies working on collapsible containers to allow more efficient empty backhauls, but I don’t think this approach took off. I understand that more recently the Port of NY/NJ started to develop a grey chassis set-up where at least chassis could be used more flexibly to allow for better local response according to demand and to free up space in the terminals themselves.

At the moment I am noticing bigger stacks of empties in those empty lots again and I suppose PANYNJ is presently actively dealing with their own logjam issues.

Noting that a new container costs around $9,000 and at present a Pacific trip runs about $25,000 per container, simply scrapping containers in the US may actually be cost effective. Alternatively it may be possible to cut a container up in such a way that it can be flat stacked, and returned to China where most of it can be rewelded into a useable container.

I also continue to be intrigued by bulk cargo transport in containers. For the life of me I cannot figure out why US farmers do not use containers to send grain to China. Is it the cost of moving empties to farming states? Bulk shipping grain in empty containers would kill two flies in one shot today. Actually three flies, because a full backhaul on a containers ship reduces overall transportation carbon emissions.

Meanwhile, I do not entirely begrudge the container shipping lines a period of profitability. Ocean shipping is a tough business, and maybe the excess profits can be used to convert their fleets to reduce carbon dependency, and maybe it gives them some elbow room to work a little harder at improving sustainable full system efficiencies.