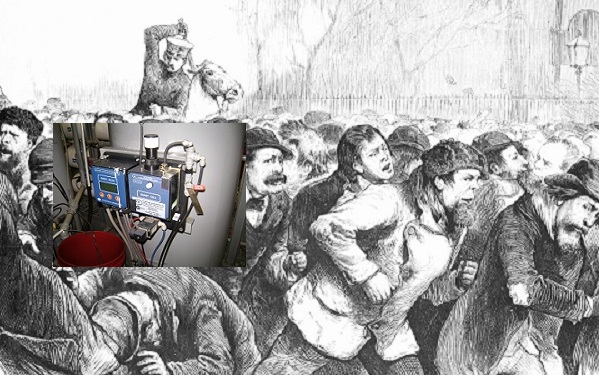 I have often stated that the most difficult problem in my career has been the problem of proper bilge water management in all its forms, and on June 23 and 24 there will be a conference that completes the MAX1Study effort and that discusses the latest developments in that regard. It will address old and new concerns and present the latest thinking in achieving rugged and efficient solutions. Especially the search for efficient solutions is taking center stage and often only after massive study will the efficient solutions start to become more apparent.

Very strangely, in the middle of this work, I came across a very interesting article in the Atlantic magazine about making proper police reforms.

In the United States we are in the middle of deep soul searching with regard to police practices, and based on recent media coverage it may seem like a new problem. However, policing failures have occurred for as long as there is policing and, in this regard, one may wonder if there actually is a rugged and efficient solution to the problem. Remarkably, this Atlantic article indicates that solutions may exist and provides a pretty good roadmap to solutions. The article shows that the solutions cannot be driven by one side and, instead, need to be engaged and maintained by all stake holders on a transparent and collaborative basis.

I would have never expected it, but the parallels between solving policing failures and bilge water management failures are incredibly similar.

I suggest that those who are involved in OWS and bilge water management read the article and then make the following juxtapositions:

Substitute “DOJ and USCG” for “ACLU and Black United Front”

The MAX1studies team hopes to see you all in Wilmington, NC on June 23 and 24.